We've got another review! This one is from our blog reader and friend, Kristen H:

I flew to NYC for the weekend and was midtown Saturday night so my friend Lauren and I decided to head over to NBC studios around 1 a.m. to try and spot the SNL cast members as they left. Well, they all came out and were extremely friendly. Everyone stopped to sign autographs, take pictures and chat. Joanna Newsom was there and looking lovely. She seemed genuinely surprised when we asked for a photo with her, but we are fans of her music. She was as sweet as can be. 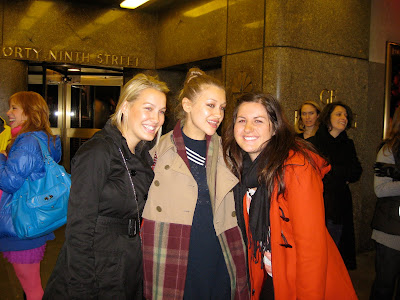 Andy was also friendly, but was distracted and tons of people were calling his name. 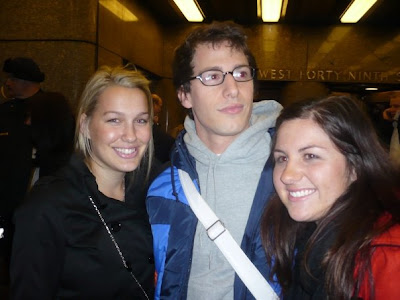 Bill Hader was so sweet and very modest; it was obvious that he was happy to be there and happy to talk to his fans. 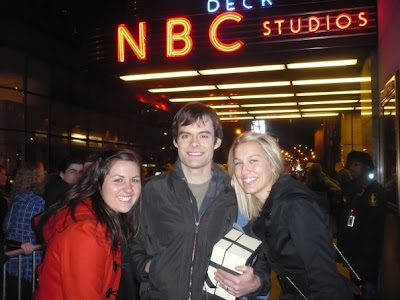 Jorma and Akiva were also friendly and took pictures and talked with everyone. 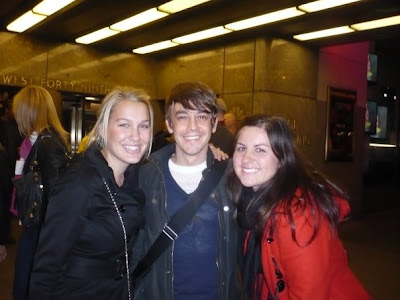 We met a stagehand who took us to the SNL after parties later that night. At the party Andy and Joanna were in full-effect and were absolutely adorable. Talked to Akiva, who had brought his father. His father is also a really nice guy. Kiv congratulated us on getting-in to the after parties and said it's something he would have done as well. 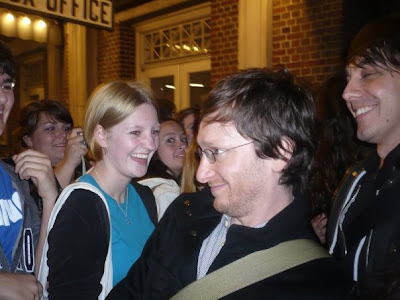 Joanna and Andy didn't stay very long, but there were many other people to see, like Taylor Swift, Brian Baumgartner, Kristin Wiig, Jason Sudeikis, Lorne Michaels, Fred Armisen, etc. We were asked not to take pictures inside the after party but it was still a great night!

The next night we went to see Andy Samberg and Friends at Town Hall. The "and Friends" pretty much included everyone who's ever collaborated with Andy Samberg. It was a hilarious lineup, especially Hanniball Buress, who might be the funniest comedian ever. Seth Meyers did a little stand-up in the form of weekend-update, which was exciting to see live. And at the end of the night, The Lonely Island performed "I'm on a Boat" with Kenan Thompson (wearing a dress) filling in for T-Pain; truly hilarious!

After the show the entire line-up came outside once again to take pictures and greet fans. Jason Segel came out and delighted fans. It was obvious he wanted to get going but he stayed and took pictures with every single person that asked. Andy, Akiva and Jorma finally came out and said hi to a few people before their security rushed them into their waiting cabs (their ladies came out a separate door and took off quickly). As their cab drove away Andy rolled down his window to say goodbye to everyone and I stuck out my hand and he gave me an enthusiastic high five and drove off into the night.

These are a few pictures from outside NBC studios and outside of Town Hall (and one from inside the afterparties). [Here's Bobby Moynihan:] 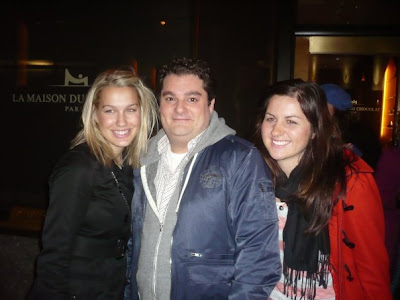 Thanks for sharing! That's wonderful and seemed like so much fun!

Wow, I wish I would have the same chance :)