What SNL Alumni should host SNL?

Anony mentioned that we should have some "Big Gun" hosts and maybe have some SNL alumni hosting. I like the idea, especially giving a chance for alumni to host who haven't yet.

I'm sure some of the older alumni might refuse, but who knows? It's worth trying!

So here's my dream list of SNL alumni who haven't hosted, but who I think should host.

#1. Jimmy Fallon. First of all, Jimmy Fallon would be great! He hasn't hosted yet, but other recent alumnis like Tracy Morgan and Tina Fey have hosted. He's cameo'd four times, three of which were for the Barry Gibb Talk Show with Justin Timberlake. Plus, Jimmy currently has his Late Night show (taking over for Conan), and so he could come on to "promote" that. I don't know if the show's successful or not (I know it got a rocky start), but I believe it will get even more popular than Conan was, because it's HILARIOUS!!! Jimmy could resurrect his skits: Barry Gibb Talk Show, Jarrett's Room, Jeffrey's, Z105, Bloder Brothers (with Chris Parnell), and Nick Burns. And my favorite impressions he does are Ringo Starr, Adam Sandler, Jerry Seinfeld, Chris Rock, and Robin Williams (he can pretty much nail anyone). Jimmy's a long-time friend of Andy (he helped Andy get on SNL, and he's had Andy come on his show several times) and he's musically talented, so it would be great if the two could do a musical digital short together. #2. Sarah Silverman. I would love and hate to see what kind of craziness she'd bring to the show. She was only on for one one season in 93-94, but she's come into a whole new world of comedy with her Sarah Silverman Program (not to mention her stand-up tours, her popular music video where she ****ed Matt Damon, and hosting the MTV Movie Awards in 2008). She has a good impression of Marisa Tomei that she did on SNL. Other that, it would be all new material and integrating into SNL characters and impressions. I'd love to see her do a digital short with Andy Samberg. She swooped down in 2008 and gave Andy a chance to appear on the MTV Movie Awards when his bit got cut. So they at least have that relationship going for them. Because her music video with Matt Damon was so popular, she and Andy could do a great musical digital short together.

#3. Adam Sandler. Adam pretty much stars in and produces a hit movie every year. With the recent Zohan, Bedtime Stories, and Funny People, Adam continues his machine. I only have him as #3 because he's not at his peak anymore (although he's working on that; he peaked with Big Daddy and Waterboy). Adam was on SNL for 5 years and cameo'd twice in 96 and 2002, coming on to perform more songs. Adam could bring back Canteen Boy, Opera Man, Gil Graham, or Cajun Man. He could bust out his guitar and sing us any song he wants. He interviewed Andy Samberg for a magazine, so we know that they're friendly. He's musical, so a musical digital short with Adam and Andy would be amazing. Plus everybody confused Andy's name with him for the first year or so that Andy was on SNL. =^) #4. Jim Belushi. Not only is Jim the brother of the great John Belushi, Jim was on SNL for two years (83-83, 84-85). Jim cameo'd in 2003, singing in Dan Aykroyd's monologue with him. That was Jim's only cameo. Jim would be a good choice, because he's on the hit show, "According to Jim." Jim could resurrect his character, "That White Guy," and integrate into current character and impression skits.

#5. Janeane Garofalo. Janeane is also pretty hot right now with her recent addition to the 24 hit series. And she was in the films, Love Hurts and Labor Pains this year, so she's always been doing movies. She only appeared in half a season of SNL in 94-95, but she nailed 11 impressions during that time. Plus she's just a funny woman.

#6. Kevin Nealon. Kevin has also resurrected his career with the shows Weeds and Glenn Martin DDS (an animation). Plus he was in Aliens in the Attic this year. He's best known for appearing in Happy Gilmore as telling Adam to make the ball go home (feel the energy). We'd love to see him do his old SNL characters: Hanz & Franz (with Dana Carvey), Mr. Subliminal, and Tarzan. Plus he's done 43 impressions on SNL. =^)

#7. Joan Cusack. Joan's been a steady film actress. This year she released My Sister's Keeper and Confessions of a Shoppaholic. She has Hoodwinked 2 and Toy Story 3 coming up. She was part of Lorne's 85-86 season of hires where he hired a bunch of young B movie actors for a year to buy him time to build a new cast. On SNL, she had a nice Brooke Shields impression. =^) - She's never made an appearance on SNL since she left the show. Joan is another funny woman and SNL alumni who should host. That should be enough of a reason. Plus her brother's never been on the show, and he could appear in a Gross Pointe Blank skit.

#8. Chris Kattan. Chris tried movies (and still does bit roles), and lately he's been fighting pretty hard to get on TV, with his "Bollywood Hero" and "The Middle" shows. That's been giving him his come-back he needs. Chris was on SNL for 8 seasons. He should host and bring his best characters: Goth Talk (with Molly Shannon cameo-ing), The Roxbury Guys (with Will Ferrell), Mango, Mr. Peepers, and the DeMarco brother dance auditioners (with Chris Parnell cameo-ing). Plus Chris Kattan is just a funny physical comedian, and that's enough of a reason to get him back on the show.

#9. Rob Schneider. Rob's been busy with his small movie career, alternating bit roles in Adam Sandler movies with his own, less successful films. But still, he has a successful film career. That's quite an accomplishment and enough to get him on the show. And Rob is impressive just because he looks completely different in every Adam Sandler movie. He's been more of a chameleon in Sandler movies than he ever was on SNL. Rob was on SNL for 4 years. Rob cameo'd once in 2002 to perform the Chanukah Song with Adam Sandler. As a host, he could do his characters: Orgasm Guy, Sensitive Naked Man, and the Richmeister ("making some copies"). 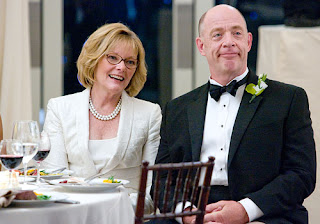 #10. Jane Curtin. Jane was in I Love You Man and 3rd Rock from the Sun. For whatever reason, she needs to host SNL just because she was one of the original "not ready for prime time" players, and she has had a very successful career. Plus she's another funny lady who should be celebrated a little more.

Because Eddie Murphy hosted twice. The first was on 12.11.1982 when he was still on the show (he famously profaned SNL by saying "Live from New York, it's the Eddie Murphy show!" Grrr.

His second hosting gig was on 12.15.1984, the season right after he had left. Corresponding to his film career, Eddie Murphy had already completed 48 Hrs. and Trading Places while he was still on SNL, and after leaving SNL, he did Beverly Hills Cop (84), Golden Child (86), BHC2 (87), and Coming to America (88).

Email ThisBlogThis!Share to TwitterShare to FacebookShare to Pinterest
Categories: EDitorial_09

my number one is also jimmy fallon. he has such a great humor, and i love when the other actors manage to make him laugh in the middle of a sketch (though sometimes he just cracks himself up ^^)

Agreed. He and Norm Macdonald were the masters at doing that.

Also, currently the cast tries to crack each other up during the Scared Straight skits. And whenever a guest is on Weekend Update, they usually try to crack up Seth while staying in character. This backfired for Kristen Wiig when she was playing Tamara Banks the orga$m lady. She looked at Seth and ended up cracking up (pretty rare for Kristen).

In contrast, January Jones couldn't keep a straight face this last week and it ruined a few skits. Still a little funny though.